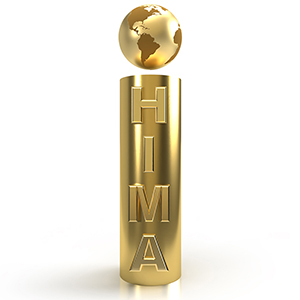 All incoming submissions are reviewed by HIMAwards staff to insure links are working and all relevant info is accurate. Once confirmed, the submission is set for reviewed by HIMAwards Selections Committee. The first round of initial selections are placed in a database for a second round of reviews to reach a final consensus of nominations. Once deemed as nominated, the selections are posted on the HIMAwards website (under “Awards” tab)

Winners are determined after multiple rounds of review and votes by HIMAwards Selections Committee, Advisory Board and HIMA Academy Voting Body. Voting is internal, confidential and winners are only revealed during the awards show, then posted for public access thereafter.

The HIMAwards Voting Academy was created as a statutory body of industry professionals to determine the selection of winners via ballots of designated categories within the Hollywood Independent Music Awards.

• To be considered for nomination in any music category listed in the official HIMAwards music submission form, artists must be truly independent. The definition of Independent for this application is: NOT directly and financially dependent on any of the four major labels (WMG, Sony BMG, EMI and Universal) or subsidiaries with major label distribution.

• Final voting is conducted 30 days prior to the HIMAwards main event.

• If deemed appropriate and/or necessary by the HIMA, a submission may be reassigned to a different category other than chosen in the original submission form.

• Music Genre submissions can be audio recordings only without having a visual counterpart.

• All entries are online only. It is the responsibility of the person submitting to ensure the functionality of links and/or web portals where the material is hosted.

• There are no submission fee refunds.

• The Hollywood Independent Music Awards, while accepting entries throughout the year, reserves the right to open and/or close submission deadline(s) at its discretion.

• Music will be evaluated based on melody, composition, lyric (when applicable). Quality of performance and production will also be considered.

• The HIMAwards reserves the right to re-categorize entries and/or combine categories as deemed necessary and/or appropriate.

• Nominations can be announced periodically throughout the year and posted on the HIMA website.

• Winners will be announced only at the HIMA Main Event and online thereafter.

• Cover songs or derivative works will be accepted in categories not required as original music. Examples of such categories include Best Vocal (male & female), Best Live Performance, Producer/Production, and so on.

Join us on social media!