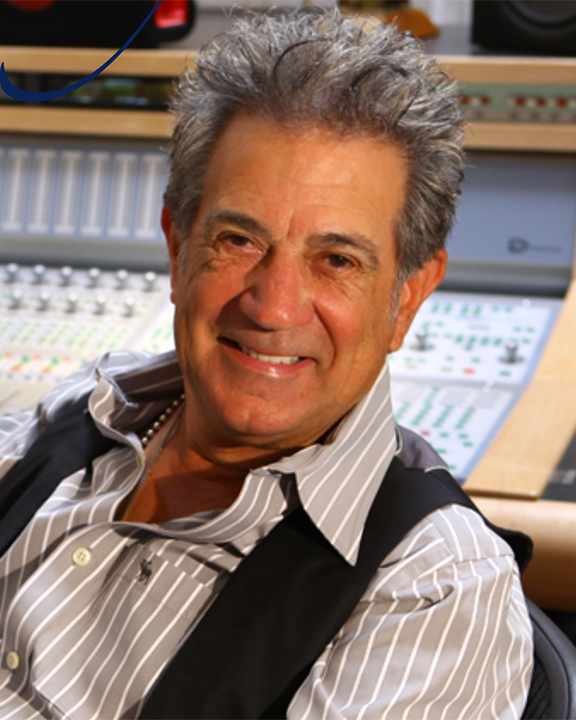 Val Garay, a legendary Grammy Award Winning Producer/Engineer with a career spanning almost 4 decades when he started as a young singer/songwriter in the early 60’s. He’s garnered over 100 Gold & Platinum records, 9 Grammy Nominations, an Emmy Nomination, and Grammy win as a Producer/Engineer for “The Record of The Year” with total record sales over 125,000,000 worldwide.

On Val Garay’s desk sits a framed photograph of John, Paul, George and Ringo. Conspicuously absent from the walls of his office are any of the literally dozens of Gold and Platinum records that he has earned over the years for producing and/or engineering hit records for the likes of Linda Ronstadt, Kim Carnes, the Motels, James Taylor, Dolly Parton…and the list goes on and on. As Garay explained, “I’m not one to dwell on my past or rest on my laurels. I’m as committed to making great rock ‘n’ roll records as I was when I sat behind a console for the first time.”

Starting out as a songwriter and performer, Garay soon gravitated toward working behind the scenes with artists as diverse as the Mamas and the Papas, The Buffalo Springfield to Seals & Crofts. It was at the legendary Sound Factory Studio in Hollywood that he became acquainted with the studio’s owner/operator, Dave Hassinger. Hassinger had established a reputation as one of rock ‘n’ roll’s premier engineers, having helmed many of the legendary Rolling Stones sessions, including “Satisfaction” and “Under My Thumb,” as well as early Grateful Dead and Jefferson Airplane albums. It was Hassinger who realized that Garay had a “great pair of ears,” and offered to teach him the finer points of the craft.

Garay truly made his mark early on, working with such artists as Linda Ronstadt, James Taylor, Jackson Browne, The Four Seasons, Orleans, Donald Byrd and The Blackbyrds, Andrew Gold, JD Souther and Bonnie Raitt. It was in this key role that Garay helped to create and define what is still being referred to as the “L.A. Sound.”

Garay is one of the most sought after engineers in the business, known for creating never-before-heard sounds. Or as Garay explains, “We used microphones that had been previously used only for orchestras, and we set them up on drums.”

It wasn’t long before Garay had honed his studio experience as an engineer to the point where he felt confident in handling the duties of producer as well. Every producer needs a recording studio, so to further his continued commitment to create great rock ‘n’ roll records, Garay opened the doors of Record One, a custom-built, state-of-the-art, multimedia recording complex designed by Garay himself. During his run at his studio Record One, the list of hit records produced there is more than impressive: the star-studded “We Are the World”, Toto’s “Rosanna”, and Don Henley’s “The Boys Of Summer”, to name but a few. In fact, three out of the five years running, the Grammy® Award, Record of the Year was produced at Garay’s studio, Record One.

The key to Garay’s continued success is his view of the role of a Producer/Engineer: “I’m not there to put my indelible stamp on the record so that people listen to it and hear Val Garay all over it. I go into each project with the full intention of bringing out the very best in the artists I’m working with.”

Today, Garay is busy working with up-and-coming new artists, producing/engineering scores for motion picture and television projects, and constantly searching for creative ways to take his sound to the next level. The newest of Val’s projects includes the creation of Wizz Bang Records where Val is currently working with indie pop singer/songwriter Nikki Lang.