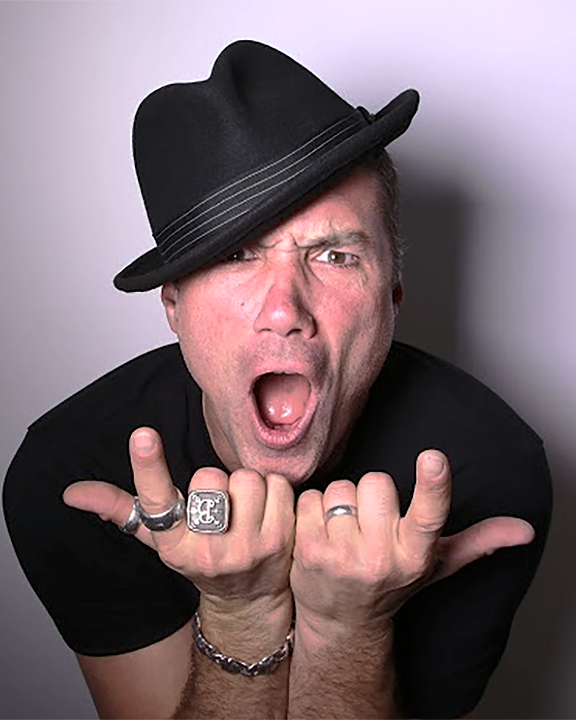 Award winning, Aria nominated music producer with over 14b streams worldwide, also the Soundcloud radio host and owner of SmashHaus, a disruptive tech platform directly connecting music makers to the largest media companies in Hollywood and beyond.

SMASHHAUS:
Was the first to build tech to empower music makers worldwide to reach Hollywood. Just pivoted that tech to remove the need for middlemen and allow companies and creators to deal directly pissing off predatory middlemen globally.

Other efforts of note
Founder – www.Th3Syndicate.io
Founder – NoizSociety, a secret society of leaders in the music biz
Partner – NordicLA – leading cultural export for music from the Nordics – Partner

PERSONAL HISTORY:
From Seattle Washington. Was signed to Sony at age 19. Saw Fishbone and Trulio Disgracius play Pheonix Underground and Angelo allowed me to sit in on percussion. Eddie Rickets got sick and so I ended up slamming down the coast for a few more shows. I was hooked on the funk. Quit my Sony band and moved to L.A… Norwood and the gang were very kind to a dumb ass kid from Seattle trying to make it in Hollywood.

PERSONAL QUOTE:
“Brent has always connected Hollywoods biggest, brightest and most inspired talent including emerging artists on the leading edge. I am so excited to see this expansion to further support Indies with the Hollywood Independent Music Awards. I can only image it will light the way for many to the big stage.”